Ananda only managed 6 for 120 in their 30 overs which handed over Nalanda 43 run victory. 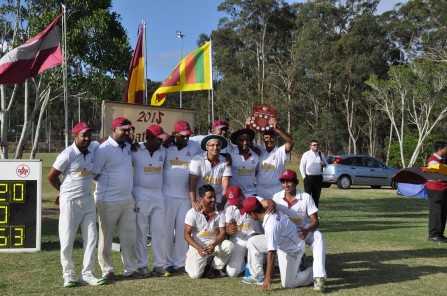 We celebrate the victory with a padutu party

This historic cricketing encounter was played for the 1st time ever in Brisbane Queensland, Australia. “Big Match” was initiated between the two brotherly schools with the aim of making our relationships stronger. The first Battle of the Maroons was played between Ananda and Nalanda in 2011 at Stan Fraser oval, Brisbane. Talented and well versatile Nalanda College cricket team was easily able to defeat Ananda College team. Soon the Big Match began to be played with much pride and fanfare and became the most awaited and cherished event for all those connected with both schools. The Battle of the Maroons gradually became a symbol of the brotherhood between Ananda and Nalanda that has been unique in Brisbane where many schools try to outdo their counterparts.